With years of experience in broadcasting and presenting Ian Skelly is an expert as a keynote speaker, conference presenter or awards host for corporate or other events. He has been a voice on Radio 3 for nearly 20 years, presenting the main programs on the station, from ‘Breakfast’ and its afternoon sequences to ‘Radio 3 Live in Concert.’

As a writer and filmmaker he also works very closely with HRH The Prince of Wales to articulate the Prince’s vision in high profile speeches,  lectures, television appearances and in a major film.  Ian is a co-author of the Prince’s book Harmony published worldwide by HarperCollins and was script advisor on behalf of the Prince on the documentary Harmony screened in the US by NBC and given its cinema release by Robert Redford at his first Sundance Festival in London.  Ian has been commissioned to make films for various organisations.  His films for the Prince of Wales’s website include exclusive interviews conducted with the Prince on the Balmoral Estate.

The Prince and His Principles

Ian has lectured at the Royal Geographical Society and The Temenos Academy in London and at Yale and Maryland Universities in the USA. Ian makes a brilliant after dinner and keynote speaker and host for events and brings an entertaining evening of surprising and funny stories of his time with the Prince of Wales. He presents a fast moving, visually stunning slide and film show explaining how the Prince has put his principles and philosophy into practice across a vast range of activities, from farming to urban planning and from engineering to art and design.

Ian gives this talk with the Prince’s blessing and draws on 30 years’ experience as a live stage performer to bring the ideas to life. Spiced with behind the scenes insights, Ian explores everything from the Prince’s concerns about food production to the way we build our towns. The Prince even appears on screen himself with overviews, in exclusive footage filmed by Ian at the Prince’s Scottish home on the Balmoral Estate.

The show is ideal for literary and arts festivals and has been thoroughly road tested. Ian has taken it on a tour of the East coast of America, delivering it in Washington DC, Yale and Maddison Square Garden in New York. More recently he delivered a version of it at a conference in Louisville, Kentucky, which was inspired by the Harmony book called The Health and Harmony Initiative which the Prince attended. He ended the event with a major speech on the subject of Harmony. Ian has also presented his lecture at some of London’s most notable venues including King’s Place and The Royal Geographical Society. It is pitched very much at the general audience and aims to be as entertaining as it is informative, with plenty of stories from Ian’s many years working so closely with the heir to the British throne. 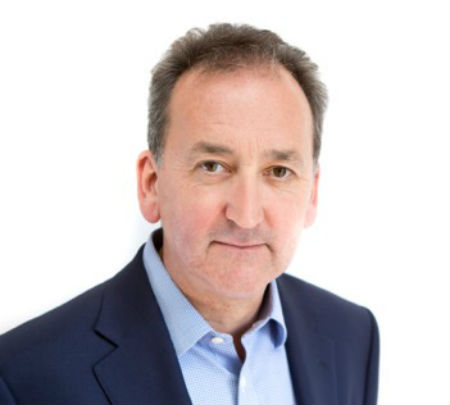