Television zoo vet, Matt Brash, is a specialist zoo and wildlife vet and a published author. He is available as an after dinner and keynote speaker recounting his stories and experience of his work with zoos which involved conservation, education and research.

In 1990 after many years as a mixed practice vet Matt devoted himself to working with wildlife and zoo animals. Since then he has conducted considerable wildlife research and is also a government advisor.

Matt has also had a long career in TV which began in 1998 with the BBC series ‘Vet to the Rescue’. The 29 episode series based at Chester Zoo was then followed by another series, ‘Vets in the Country’, based at Matt’s surgery in Stamford Bridge. Following that he was in two popular and long running series for the ITV ‘Zoo Vet’ and ‘Zoo Vet at Large.’ These ran for nine years, following Matt as the zoo vet at Flamingo Land in North Yorkshire. After almost 100 episodes the series finished in 2007.

Matt’s other television appearances include ‘ITV Wildlife Police’, a Channel 4 guest appearance on ‘Pet Rescue‘. He has worked in an advisory capacity for BBC1 – ‘Beast’. He was also a veterinary advisor looking after the owls for Harry Potter films 1 and 2.

He brings his years of experience, stories and knowledge to entertain as an after dinner and keynote speaker.

Matt has been a zoo vet for over twenty years, a rare breed of vet indeed. From his practice in North Yorkshire, set in the lovely Howardian hills, he has looked after a number of zoos. This show is a funny romp through the trials and tribulations of a modern 21st century James Herriot – from dealing with angry Polar bears, to how to spey your own lion on the kitchen table, the talk covers tales of success and woe when working with the fiercer creatures around.

Whilst being light and entertaining, Matt’s talk also touches upon the more serious side of zoos, of conservation and how Matt as a zoo vet is involved.

Matt presents with a series of images showing his work with zoo animals – speying a lion, castrating a hippo, foot work on Oryx and much more. This is mixed with tales of the problems associated with working with these type of animals.

For more serious audiences, Matt Brash can present his talk about the work of zoos in conservation, education and research.

A tailor made production for your event

Matt can also create a tailor made talk for your event if needed. 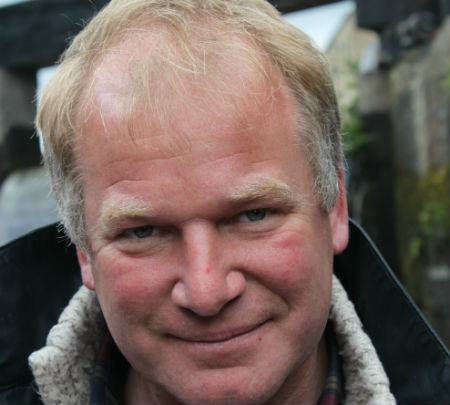