Available for Talks and Speaking engagements

Megan is a passionate scientist with a particular interest in behaviour, evolution and the illegal wildlife trade. Her interest stems from a childhood growing up in and around the Isle of Wight Zoo, which specialises in the rescue and rehabilitation of ex-circus and pet trade animals. Having travelled the world from a young age, she became familiar with living in remote areas whilst searching for incredible wildlife. From tracking in the African bush to hiking through the Antarctic continent, Megan has extensive experience working in different climates with an array of species.

She studied BSc Zoology at the University of Liverpool, and specialised in primate behaviour and conservation. Her final thesis researched the social dynamics and interactions of ring-tailed lemurs in relation to enrichment practices. Megan has additional experience working in scientific research having spent many months volunteering around the world. Megan worked in China as a behavioural specialist for the charity, Animals Asia, which rescues and rehabilitates bears trapped in the bear bile farming market. Using her knowledge and experience working with rescued big cats at the Isle of Wight Zoo, she analysed the behaviours of animals recently rescued from dyer conditions and aided in their transition to life in a sanctuary. Additionally, she’s spent time volunteering for Africat in Namibia working on big cat conservation and teaching environmental education workshops.

Megan has an innate curiosity about the environment and the wildlife within, especially that of the apex predators and so she decided to spend five months working alongside leading scientists at Bimini Biological Field Station (Sharklab). Here, she aided in the research of different shark species looking to understand their personality traits and general ecology.

In 2017, Megan presented Undercover Tourist: Inside the Illegal Bear Bile Market for BBC3 and has since grown her career in TV. Megan became a wildlife researcher and presenter for Lush Digital focusing on investigative filmmaking to expose environmental issues and illegal wildlife persecution. Co-presenting alongside Chris Packham, Megan also took part in a national bioblitz campaign and traveled to 50 conservation sites in 10 days to assess the state of the UK countryside. Most recently, she reported on issues for Al Jazeera on plastic pollution and the social movement Extinction Rebellion for the award winning environmental series Earthrise. She hopes to bring more awareness to the plight of species around the world and to educate others in the wonders of the planet. 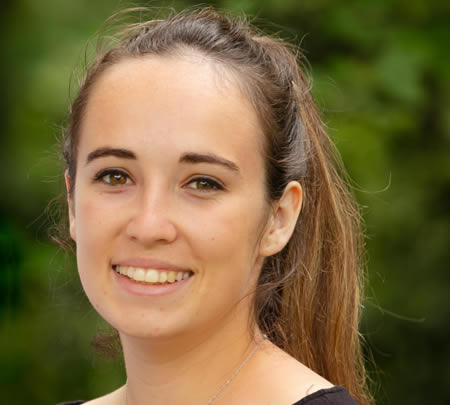