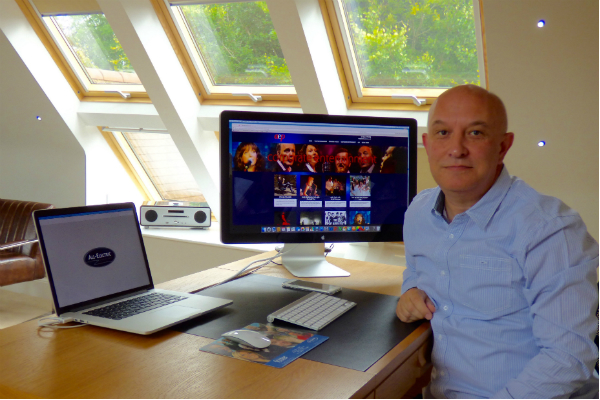 Captivated by the magic of theatre as a child David has always had a fascination with the stage. During his school years and with the help of friends David started creating his own home-made puppet productions which he performed at schools and village halls throughout Hampshire – the beginnings of the All-Electric Puppet Theatre. His productions soon gained a reputation for imaginative, innovative and well planned performances using the latest technical equipment and effects.

For several years David continued touring with the All-Electric Puppet Theatre to venues across the UK whilst also pursuing his career in acting which lead to several appearances on stage and television.

David quickly became well known for his ideas and quality productions and soon moved on to devising and developing bespoke shows for major celebrities and creating original works for top artists including Stephen Wicks of the Royal Ballet Company. He worked extensively with the late Jon Pertwee and David Jacobs and currently works with weel known personalities including Chris Packham, John Suchet, Martin Hughes-Games, Raj Bisram and Iolo Williams. With his imagination and flare he has since produced shows for some of the biggest venues in the UK including large outdoor concerts and festivals. During this time he worked as a programming manager and festival director for several large UK arts festivals.

Working with many major celebrities David’s natural attention to detail, dedication to high quality and his reliability lead to him becoming a talent agent and he now represents many well-known artists including Bill Oddie, Chris Packham and John Suchet.

This wide range of experience and expertise as a producer and an agent means David now understands the language of both the technicians and the artists. Customer satisfaction is an All-Electric Productions priority and the requirements of each venue are carefully matched to show suitability and supported by high quality marketing material. All-Electric Productions is underpinned with a commitment to the highest quality, integrity, vision, artistic insight and technical ability and they continue to produce and promote new and inspiring shows captivating and entertaining audiences around the UK.

“We have had an association with David Foster’s company for eight years and he has always been utterly reliable. He has always shown efficiency, reliability and real integrity. As an agent he is probably one of the most honest people I have met, he provides good publicity and promotional materials for his clients and he truly understands the word ‘deadlines’ where marketing materials are required.”  Exeter Festival Director