Cloudbusting – the music of Kate Bush

‘If you missed Kate, Cloudbusting are the next best thing!’
Simon Mayo, BBC Radio 2

Chosen by the BBC as one of the top of tribute bands in the world.

Cloudbusting have been championed by BBC ONE as one of the most authentic tributes in the world. Their passion for Kate’s music has won over sceptical fans everywhere, challenging perceptions of what a tribute band can be and resulting in sell-out performances across the UK.

‘There can only be one Kate Bush’ says vocalist Mandy Watson, who never attempts to mimic Kate on stage. ‘When you sing her music the characters in the songs take over – they are what you become, not Kate. We’re just fans, amazed at this opportunity to perform this music we love so much’

Many of Kate’s original collaborators from stage and studio have been inspired to join the band on stage, including bass player Del Palmer, drummer Preston Heyman and dancer Stewart Avon Arnold, all of whom performed with Kate on her legendary Tour of Life live shows 40 years ago.

‘I could have been listening to Kate herself!‘ – Preston Heyman

Running Up That Hill, Wuthering Heights, Hounds of Love, Babooshka, This Woman’s Work, Wow… Cloudbusting can’t wait to whip up a storm of love for Kate’s music once again in 2019, their new show featuring all the hits you’d expect as well as many songs you wouldn’t! Accompanied by eye-popping visuals that highlight the drama of Kate’s music, a Cloudbusting concert is an event no Kate Bush fan will want to miss.

“I got goosebumps instantly. Very impressive! This is just what is needed, a great KT tribute!”
Dishrag, Petersfield

“This band is good! We urge all who can, go to see them!”
Peter Fitzgerald Morris – Home Ground Magazine

“Wow! I can’t believe I am saying this, but I actually prefer your voice to Kate’s on this one!”
YouTube review

I’ve heard lots and lots of  ‘tribute bands’ in my life. You’re just the best of them all. Period.”
Phil D, France

“I honestly never thought anyone could cover Kate this faithfully.”
Robert G, Canada 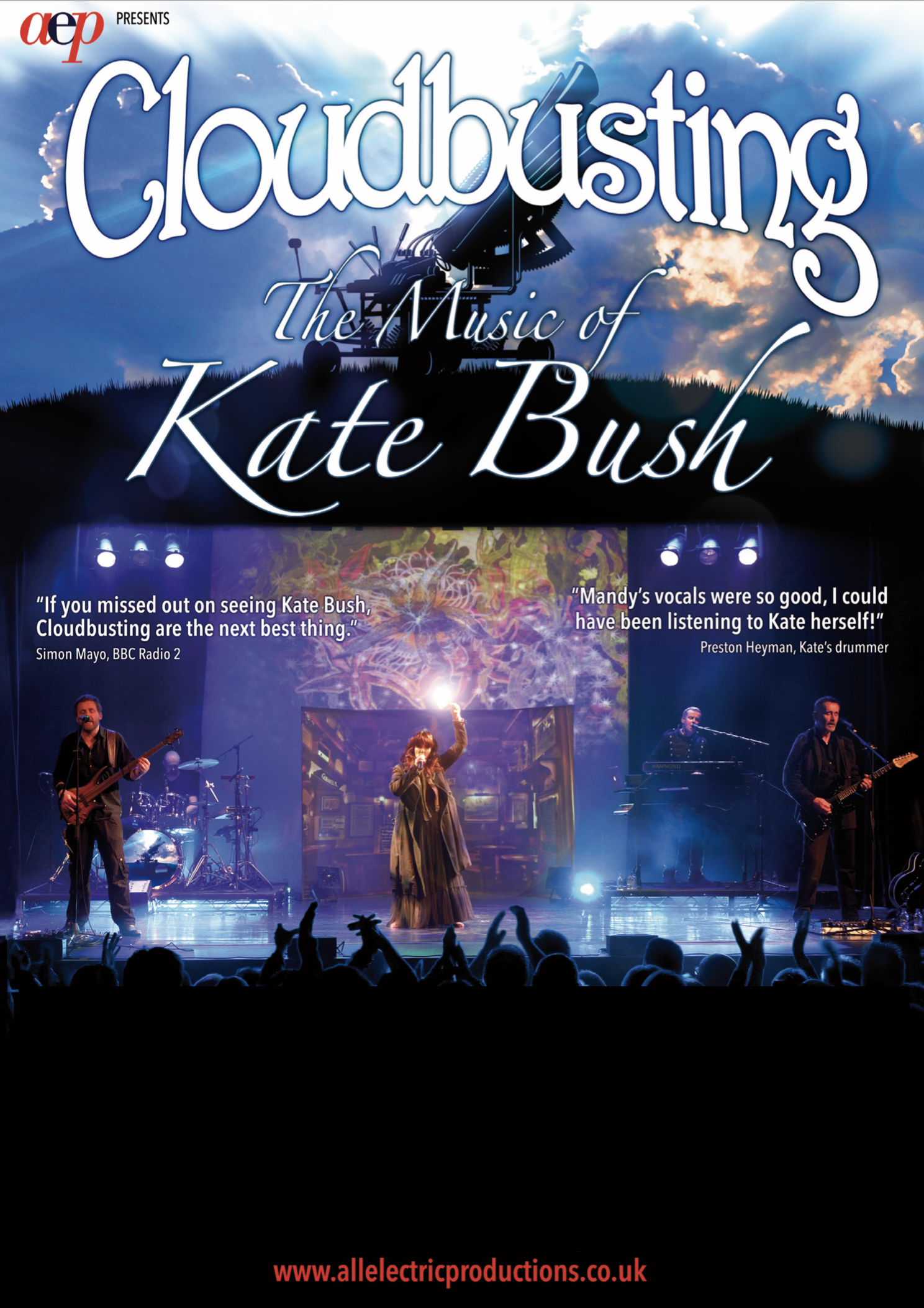 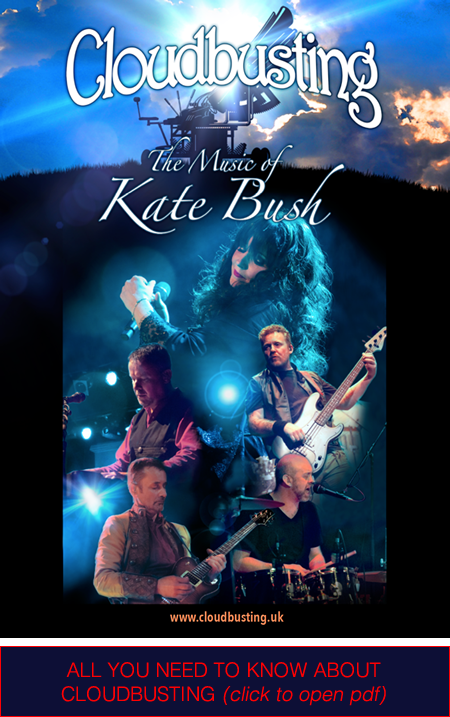