Dr Mark Baldwin is the presenter of the successful national tour of ‘Codebreakers’, the Enigma story.

In 1940 Churchill created the Special Operations Executive to co-ordinate undercover operations in occupied countries, and in particular to ‘set Europe ablaze’.

In its six-year life, SOE trained over 9,000 agents, who operated not only in 19 European countries, but also further afield in the Far East and in Africa.

SOE had some spectacular successes, and some failures, but earned tremendous loyalty from its agents, men and women, many of whom lost their lives while on operations, or subsequently at the hands of the enemy.

Dr Mark Baldwin  and the stories behind famous names

For many years, the activities of SOE remained in the shadows but recent years have seen the release of much fresh information. In this show Mark Baldwin highlights some striking achievements by women agents, famous names such as Odette Sansom and Violette Szabo.

He explores the origins and aims of the SOE and explains some of the specialised equipment developed to assist these agents. 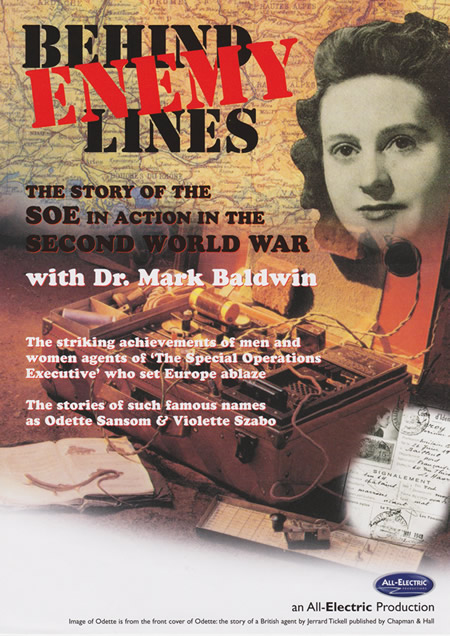