Iolo Williams – Life Before the Lens

Life Before the Lens

In this fascinating talk Iolo Williams tells us about his experiences working as a Species Officer for the RSPB. From the farmer who held an egg collector over a 40-foot cliff to a colleague who kept half a village awake with his snoring, to an oyster catcher that briefly held up Prince Charles’ train. Iolo tells us not only about the wildlife and the threats they face, but also some of the great characters he has met on his journey.

Informative, insightful and entertaining, this talk will keep the whole family entertained. 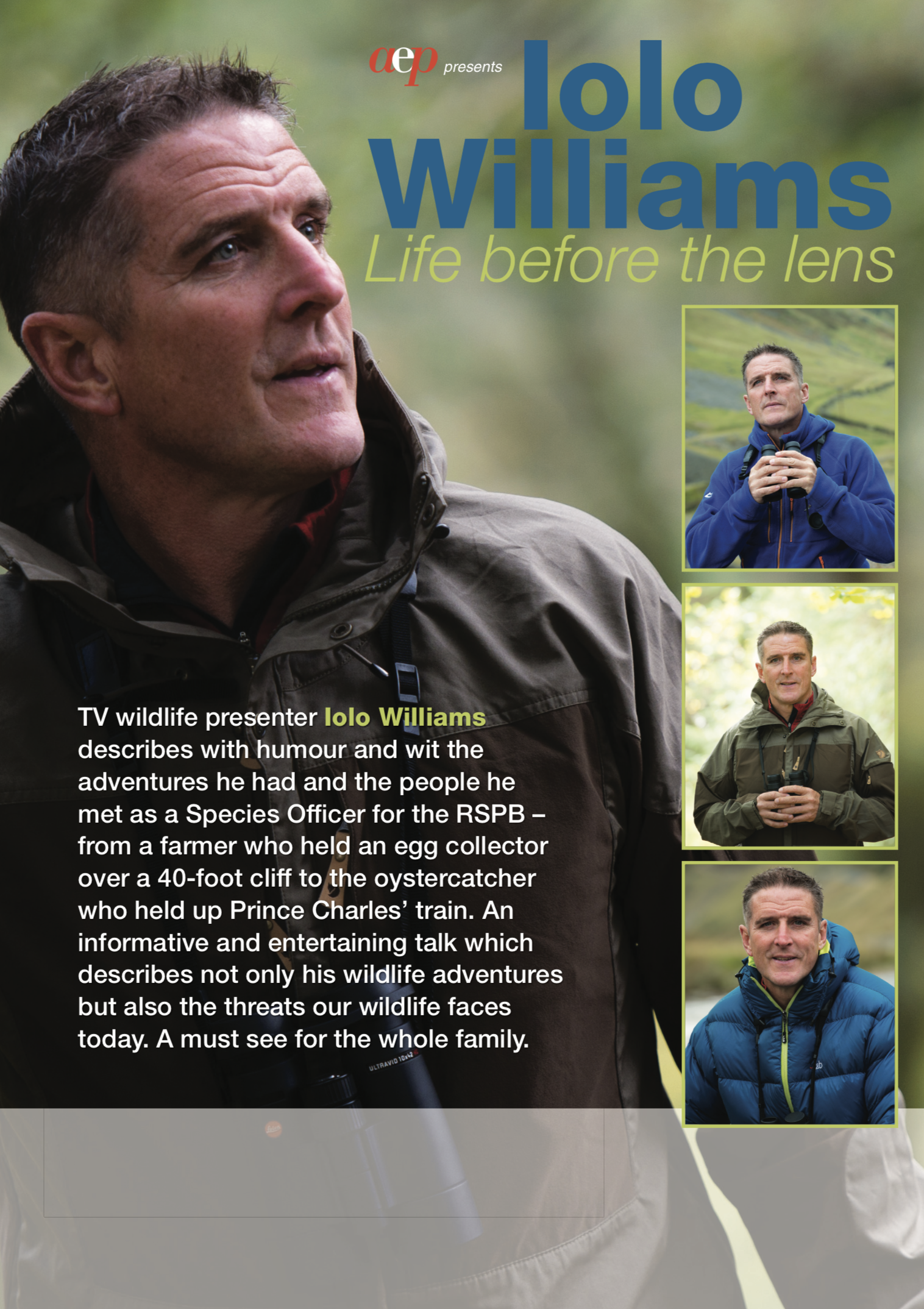