In his new theatre show Tchaikovsky – The Man Revealed, popular Classic FM presenter John Suchet brings the incredible story of Tchaikovsky to life. This fascinating and captivating talk will be followed by a Q&A session and can be either 1 hour or 2 x 45 mins altogether.

Tchaikovsky – The Man Revealed. A Troubled Genius.
It may be hard to believe, but the man behind such joyous music as Swan Lake, The Nutcracker, The 1812 Overture and many more of the best loved music ever written, was a deeply troubled individual unsure of his own talent and tortured by his sexuality.

A shy, emotional child, Tchaikovsky came late to composing as a career. Doubting himself at every turn and keenly wounded by criticism, he went on to become one of the world’s best-loved composers. Yet behind the success lay sadness: the death of his mother haunted him all his life, while his incessant attempts to suppress his homosexuality took a huge toll.

From his disastrous marriage to his extraordinary relationship with his female patron, his many amorous liaisons and his devotion to friends and family, Suchet shows us how the complexity of Tchaikovsky’s emotional life plays out in his music. Long hidden behind sanitised depictions by his brother and the Russian authorities, Tchaikovsky: The Man Revealed examines the complex and contradictory character of this great artist, and how he came to take his rightful place among the world’s greatest composers.

“It’s easy to see why John Suchet’s flagship programme on Classic FM is so popular. Presenting the RSNO’s Classic FM Hall of Fame concert, he exhibited that same silken line of chat, laced with informed simplicity and friendly engagement. He knows his stuff, knows his audience, and knows instinctively how to link the two.”
The Scotsman 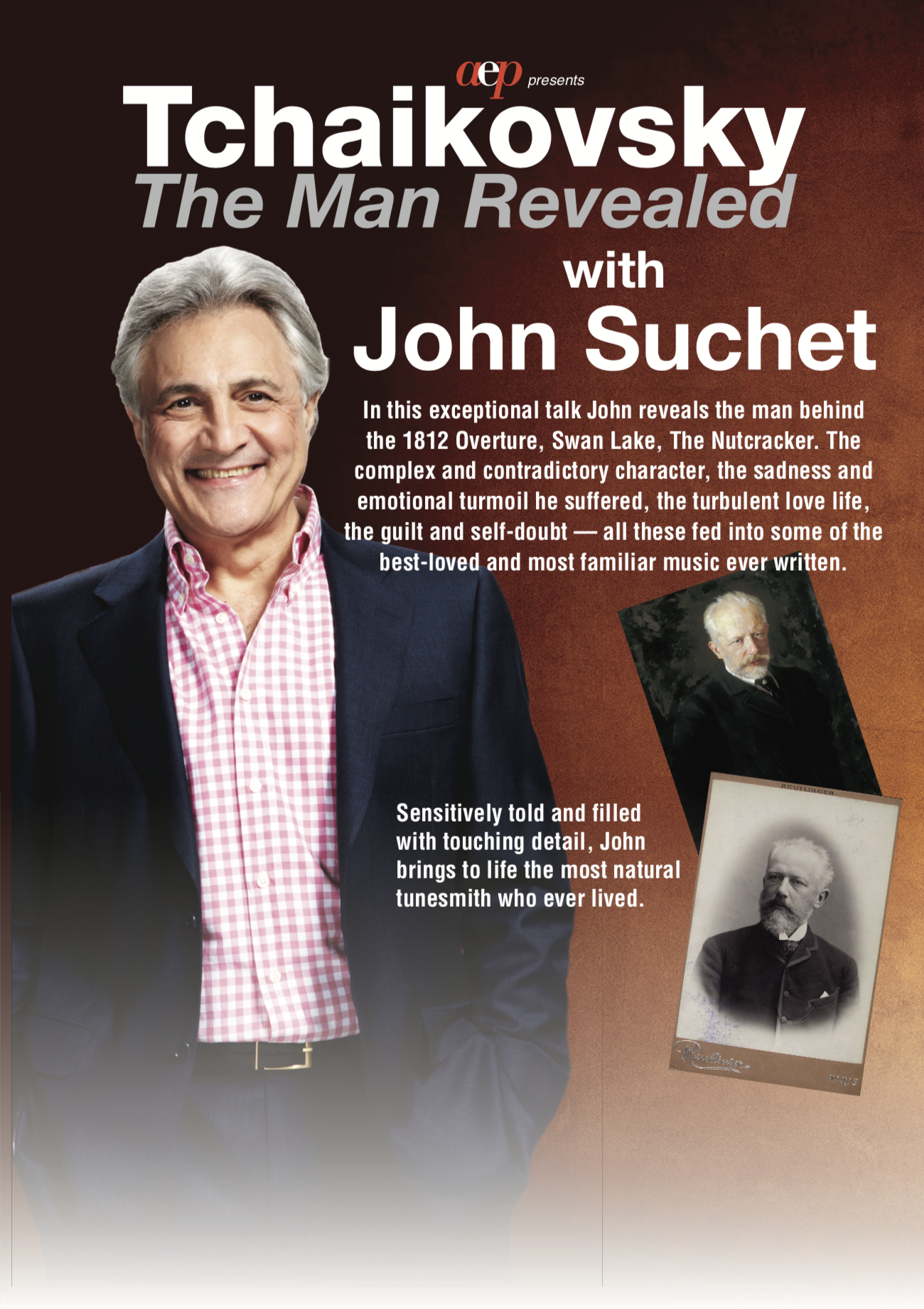