Everyone knows how cats and dogs get on – or do they?!

Roger Tabor entertainingly explores our tangled relationship with our closest pets, the independent cat and the gregarious dog; they share our lives and our homes, despite being such VERY different animals!

If you are a cat lover or a dog lover, or love them both, you will really enjoy the good humour and affectionate yet insightful perspective of one of the world’s leading animal behaviourists.

Roger Tabor is best known as the television cat expert and Naturalist. He is one the most respected and sought after experts in the world in relation to cats, their behaviour, psychology and relationships with people.

His interest in both dogs and cats lead him to write the books ‘100 Ways to Improve Dogs’ Behaviour’ and ‘100 Ways to Improve Your Cat’s Behaviour.’ Roger started his TV career on the BBC’s ‘Animal Magic‘, co-presenting alongside the legendary Johnny Morris, (including a ‘Galapagos Special’ from the Pacific).

He presented the BBC’s ‘Country File‘ for 2 years before presenting and writing his widely acclaimed BBC TV series ‘Cats‘ that was filmed over 3 years in 14 countries. It was shown worldwide, and accompanied by his best-selling book ‘Cats – the Rise of the Cat.’

Roger’s first book The Wild Life of the Domestic Cat was described by Desmond Morris as “one of the modern classics of feline literature”. Due to his TV programmes, books and research on cat behaviour and history, he is recognised as one of the world’s leading authorities on cats. He has observed cats in over 25 countries around the world. 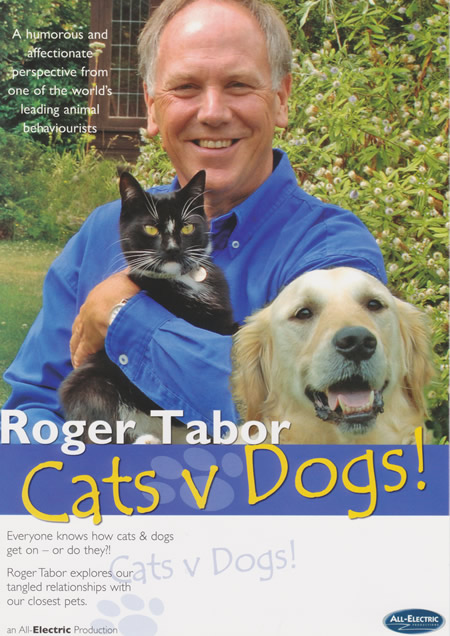